Colorado is set to become the third state — alongside Virginia and California — to sign a privacy act into law, marking another step towards consumer data protection in the U.S.

The Act will affect businesses and they will need to prepare and put in place systems to ensure compliance. In addition, the Act will provide new rights for customers, and there remains the potential for more states to get on board with this form of legislation.

Looking at the changes for Digital Journal is Tyrone Jeffrees, Vice President of Engineering & US Information Security Officer at Mobiquity.

Jeffrees looks at the growing array of privacy bills appearing in the U.S.: “The news of Colorado joining Virginia and California in the passage of privacy acts is welcome as the nation moves towards ensuring these rights for residents and consumers. The law, while holding many similarities to Virginia’s privacy regulations, is expected to be more effective than others as it can be enforced by both the Colorado office of the Attorney General as well as local district attorney offices.”

He adds that the CPA is a little different to the earlier bills: “The CPA goes beyond California’s by requiring a blocking option for consumers to “opt-out” of having their personal information shared to create consumer profiles.”

This means new challenges for businesses, says Jeffrees. He recommends: “To ensure compliance with the CPA’s heavier guidelines, businesses and organizations must have a deeper understanding of how their data is collected and exactly what it is being used for when targeting new customers and sharing publicly.”

Jeffrees sees the legislation as something positive, noting: “I’m thrilled for the residents of Colorado. Ultimately, each new legislation is a win for U.S. consumers and privacy advocates. As more states introduce privacy regulation, U.S. consumers will be afforded increased agency and control over how their data can be collected and used.”

He see the U.S. as moving towards stronger consumer rights: “Right now, we have a patchwork of privacy regulations that guarantee rights for some, but not all, U.S. consumers based on residency. Each state that adopts common privacy principles will slowly start to raise the bar, but it would be ideal for U.S. residents to have one single framework for data privacy that serves all Americans.” 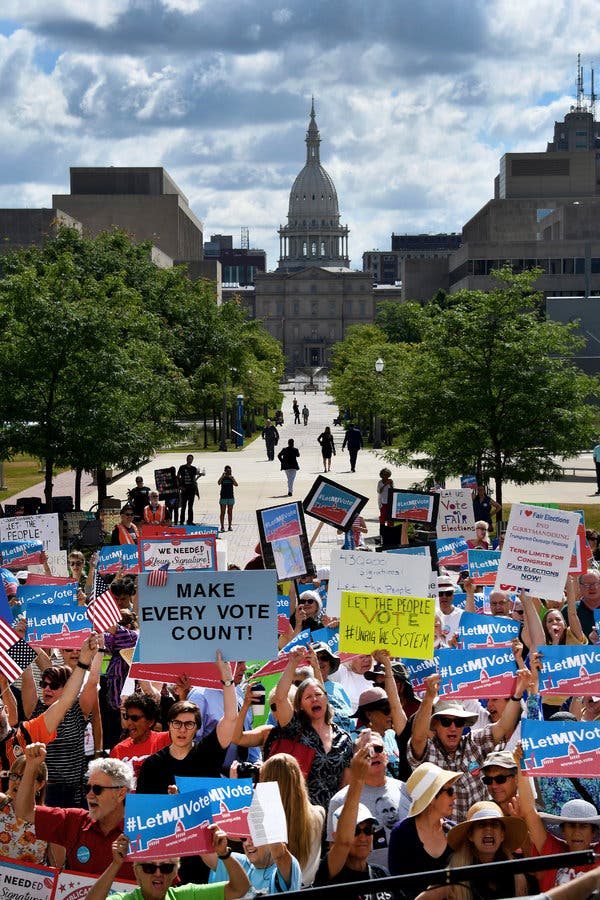 From today’s The Guardian:

When teachers in West Virginia went on strike in February, there was little indication that a swath of other states would follow suit.

But that action in the Appalachian state, which resulted in teachers winning a 5% pay rise, has spurred on educators in Oklahoma, Kentucky and Arizona.

Teachers in Oklahoma have been on strike since 2 April, while school districts have also walked out in Kentucky. In Arizona, teachers are demanding a 20% pay rise and could go on strike at the end of April.

In some states the protests are being driven from the bottom up, rather than by unions, as teachers and school districts take matters into their own hands.

Here are some of the leaders of the teachers’ strike movement.

Cindy Gaete is a 25-year-old teacher at Marshall elementary school in Tulsa, Oklahoma. The daughter of Chilean immigrants, she is currently the only Spanish speaker in her school, which is nearly a third Latino.

She says it is frustrating that in addition to her teaching duties that the lack of Spanish speakers means that any time the schools needs to communicate with parents that she has to serve as translator.

“The first thing I told my principal when I got hired is that if we are a third Latino, there should not be just one Hispanic teacher in your school,” said Gaete.

Inspired to fix her school, she helped lead a 110-mile March for Education that arrived in Tulsa from Oklahoma City.

As teachers are expected to end their strike this week, she says that it’s important for teachers like her to run for office to keep the momentum. On Saturday, Gaete decided to lead by example and file her papers to run for state representative in Oklahoma 78th house district.

“Today I start day one of my campaign for house district 78,” said Gaete in announcing her bid. “For my students. For my community. Because all students deserve an equitable educational experience, regardless of race, socio-economic status and gender.”