Prominent Democrats — stung by their eroding support from working-class voters but buoyed by the deficit-be-damned approach of ruling Republicans — are embracing a big idea from a bygone era: guaranteed employment.

The “job guarantee” plans, many of them pressed by Democratic White House hopefuls, vary in scope and cost, but they all center on government-sponsored employment that pays well above the $7.25-an-hour federal minimum wage — a New Deal for a new age, absent the bread lines and unemployment rates of the Great Depression. The most aggressive plans seek to all but eradicate unemployment and to set a new wage floor for all working Americans, pressuring private employers to raise wages if they want to compete for workers. 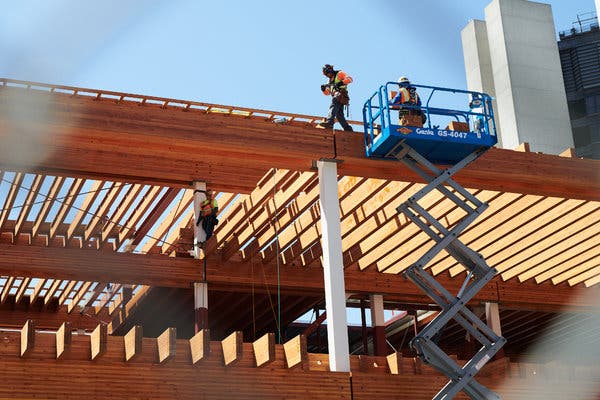 How such guarantees would be paid for is still largely unresolved. And criticism of the idea has emerged not only from conservatives who detect a whiff of socialism but also from liberals who say guaranteed employment is the wrong way to attack the central issue facing workers in this low-unemployment economy: stagnant wages.

But Democratic leaders hope the push will help their party bridge the growing political divide between white and minority workers, and silence the naysayers who accuse the party of being devoid of new, big ideas.

The employment plans, along with single-payer “Medicare for all” health care, free college, legalized marijuana and ever less restrictive immigration rules, are parts of a broader trend toward a more liberal Democratic Party in the Trump era.

“It’s going to create a more competitive labor market where people are going to start getting living wages, not just minimum wage,” said Senator Cory Booker, Democrat of New Jersey, who unveiled a job-guarantee planin April. “Giving people the dignity of work, of being able to stand on their own two feet, there’s such a strengthening element of that.”

What Remote Work Debate? They’ve Been Back at the Office for a While

What Remote Work Debate? They’ve Been Back at the Office for a While

How Movement To Undermine Election Results Is Spreading In The U.S.